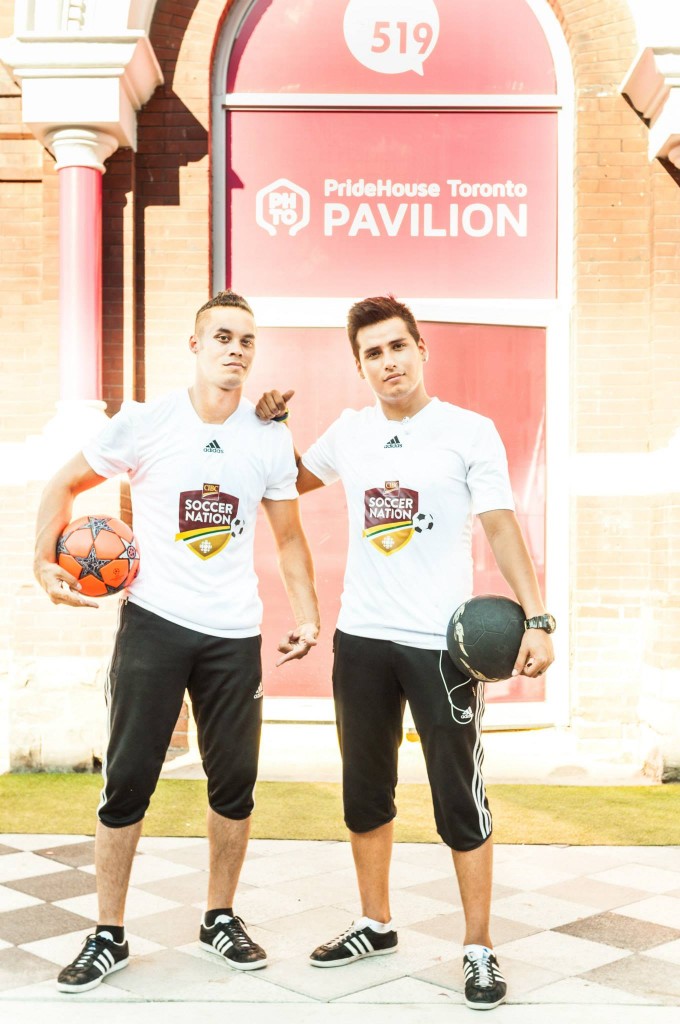 PrideHouse Toronto and CIBC (TSX:CM) (NYSE:CM) took the opportunity of WorldPride in Toronto to announce a major partnership – the first in Pride House history. As the lead partner of TO2015, CIBC’s support of PrideHouse aligns the corporate support of the two organizations, overcoming a key hurdle to partnership and integration between the Pride House and Games organizing committees. The value of the partnership has not been announced, but insiders have indicated that it includes a cash investment of more than $200,000 CAD (€140,000/$170,000/£110,000). The investment follows the Government of Ontario’s commitment in November of $587,400 CAD (€415,000/$495,000/£325,000) via the Ontario Trillium Foundation andthe City of Toronto’s commitment of $291,000 CAD (€210,000/$250,000/£160,000) through its Host City Showcase Program. In announcing the partnership, CIBC issued a press release that included quotations from prominent leaders including Richard Nesbitt, CIBC’s COO, Ontario Premier Kathleen Wynne and the NHL and You Can Play’s Brian Burke:

“CIBC is honoured to support the PrideHouseTO Pavilion,” says Richard Nesbitt, Chief Operating Officer, CIBC. “Embracing and celebrating diversity and inclusion is not just something we talk about at CIBC – it is a fundamental part of our business. With visitors from all over the globe here for WorldPride festivities, and many thousands more expected to attend next year’s Pan Am/Parapan Am Games, there is no better time to promote diversity and encourage inclusiveness in sport and our communities.”   “I congratulate CIBC for taking a leadership role in celebrating diversity and inclusiveness not only in the workplace but also in sports, as we prepare to host 40 participating countries of the Americas and Caribbean at the TORONTO2015 Games,” says Ontario Premier Kathleen Wynne. “The Ontario government is proud to be part of PrideHouseTO to engage LGBTQ people in sport, para-sport and recreation. Too often, homophobia and transphobia prevent members of our LGBTQ community from living active, healthy lives in our communities, province and across the Pan-American region.”   “CIBC’s strong support of the LGBTQ community and the PrideHouseTO Pavilion means a lot to me and my family,” says Brian Burke, President of Hockey Operations for the National Hockey League’s Calgary Flames. “It’s so important for private-sector companies, like CIBC, to take the lead and help eradicate homophobia in sports, especially in amateur sports, where bullying and bigotry still exist. All that should matter is talent, work ethic and character.”

Read the entire press release here, and learn more about PrideHouse Toronto and its plans at PrideHouseTO.org