The passage of Russia's anti-gay "propaganda" law in the summer of 2013 amplified an already hostile environment just months before the 2014 Sochi Winter Olympic and Paralympic Games.

The issue received plenty of press around the world and raised the question of ethical responsibility on the part of the International Olympic Committee (IOC) and other major organizing bodies.

International human rights organizations and activists roundly condemned the law but were divided on how best to respond. Calls for boycott threatened to further injure disenfranchised Russians and a lack of response from the IOC along with strict rules governing the behavior and dress of participants limited options for legal protest.

Meanwhile, requests to create a Pride House for Sochi were rejected by Russian authorities, and calls on the National Olympic Committees to host went unanswered. In response, Pride House International partner the Russian LGBT Sport Federation planned their Russian Open Games, a programme of eight sports competitions plus a culture component, as an in-country response. Follow this link for a message from Federation co-Presidents Elvina Yuvakaeva and Konstantin Yablotskiy about the Pride House movement.

In light of the law and the potential danger to anyone demonstrating within Russia, Pride House International responded with two actions: first, people were encouraged to attend or support the Russian Open Games; also, activists and fans were invited to hold "remote Pride Houses" internationally.

Although organizers had taken every precaution to ensure that their events were in line with the anti-gay "propaganda" law (there were no protests, the activities focused on sport, and participants had to be 18 years or older), the Russian authorities took an interest in the proceedings. The day before the athletes and supporters were set to arrive, the host hotel--a Hilton--cancelled the reservation, an action the organizers attributed to negative pressure put on the managers.

Things failed to improve once the events got underway. Someone called the venue for the opening ceremonies claiming there was a bomb in the building. The human rights conference had already been cancelled when the Hilton closed its doors to the event, and the police showed up at the sporting events, disrupting them all and cancelling some.

Despite these obstacles, the event welcomed participants from France, Germany, the Netherlands, Canada, the United States, and across Russia.

A remote Pride House could be any event, demonstration, gathering, or expression of support and solidarity with Russian LGBT people. Interested parties were invited to use the logo to publicize their event, and to report back on their activities. Almost immediately, groups in Vancouver (Whistler), Los Angeles, San Francisco, Washington, Chicago, Cleveland, Toronto, Montreal, Philadelphia, Glasgow, Manchester, London, Copenhagen, Paris, Brussels, Utrecht, Amsterdam, Wellington, Sao Paulo, and Brasilia voiced their interest.

Perhaps one of the most robust remote Pride Houses was held in Manchester, England in late February 2014. Engaging community and businesses in and around world-famous Canal Street, Manchester's Gay Village, the event used performance, debate, sport, and ceremony to show solidarity with LGBT Russians. The Pride House Manchester Steering Group also partnered with the To Russia With Love: Street & Stage event which sent all proceeds to Russian LGBT groups.

By the end of the campaign, organizers reported more than 80 events held in 40 cities worldwide.

This highly-visual campaign was conceived of by Konstantin Yablotskiy of the Russian LGBT Sport Federation, and was designed to circumvent the restrictions on behavior and dress by athletes at Olympic Games. The idea is simple: everyone present in Sochi – athletes, staff, media, officials, spectators, sponsors, vendors, and fans – are asked to take every opportunity to hold hands with a person of the same sex.

“Long after the 2014 Olympics, we in Russia will continue to live under this horrible law. For a few weeks we have the opportunity to bring the attention of the world to the situation in Russia. The Same-Sex Hand-Holding Initiative enables everyone to get involved with a simple yet iconic gesture.” 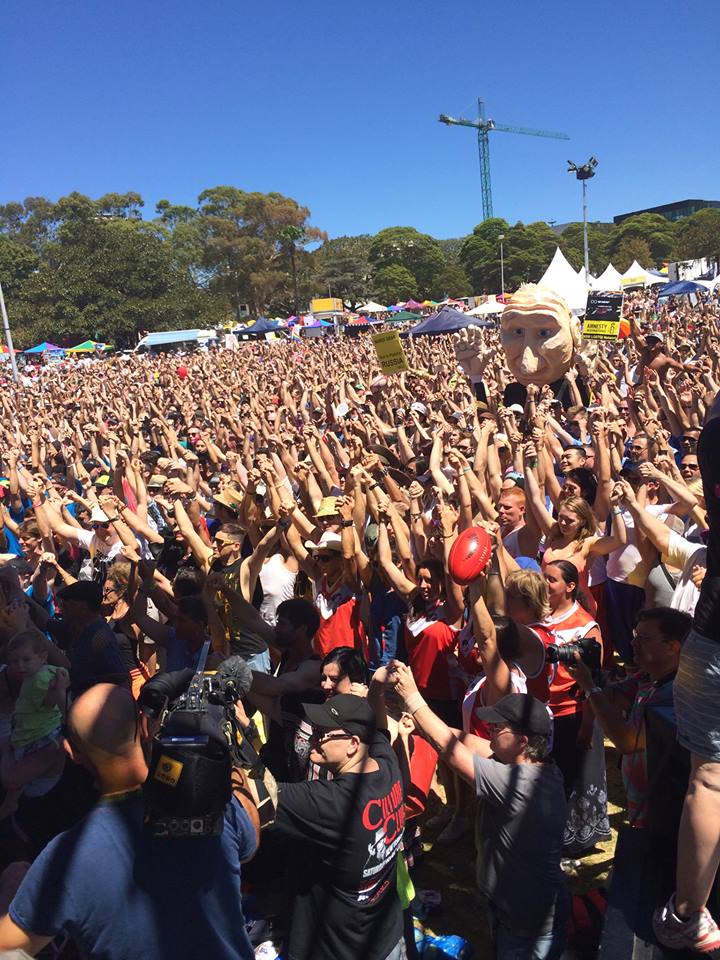 People from around the world participated in the action, with Sydney, Australia setting the bar high.

In Manchester, the Police Commissioner was highly visible in his support. 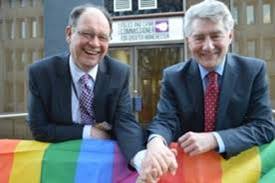 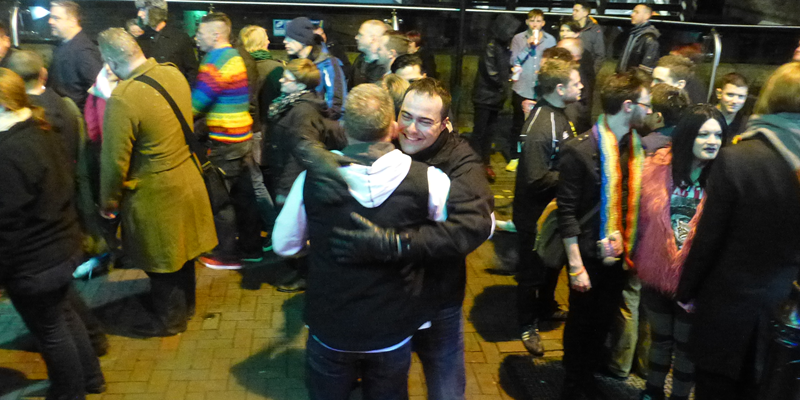