The UEFA Women’s European Football Championships was held in the Netherlands during the summer of 2017.

Every time there was a game in Utrecht [Sun 16th 18:00/ Wed 19th 20:45/ Sat 22nd 20:45/Tues 25th July], the basement was open so that the matches could be watched and the exhibition could be shown. There was a separate bar in the basement with bathroom facilities, which lead out on to the canal.

There were discussions prior to the matches on women in football, and the local women’s football team Zwaluwen Utrecht was on hand to join the conversation.

All these activities were part of the project “Queering Football TACKLING HOMOPHOBIA AND PROMOTING ANTI-­‐ DISCRIMINATION AROUND MAJOR SPORT EVENTS” co-­‐funded by the European Union under the Erasmus+ Sports program and coordinated by fairplay-­‐VIDC, an anti-­‐discrimination initiative based in Vienna. 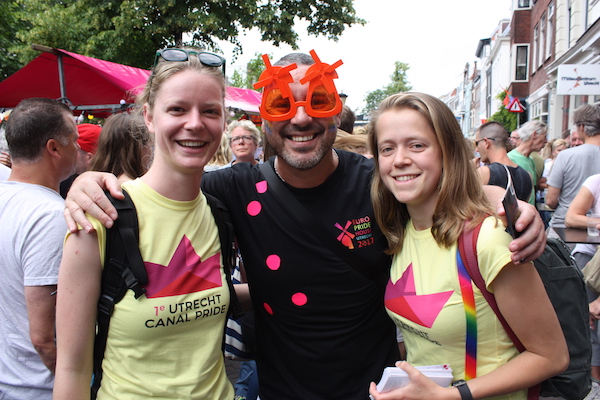