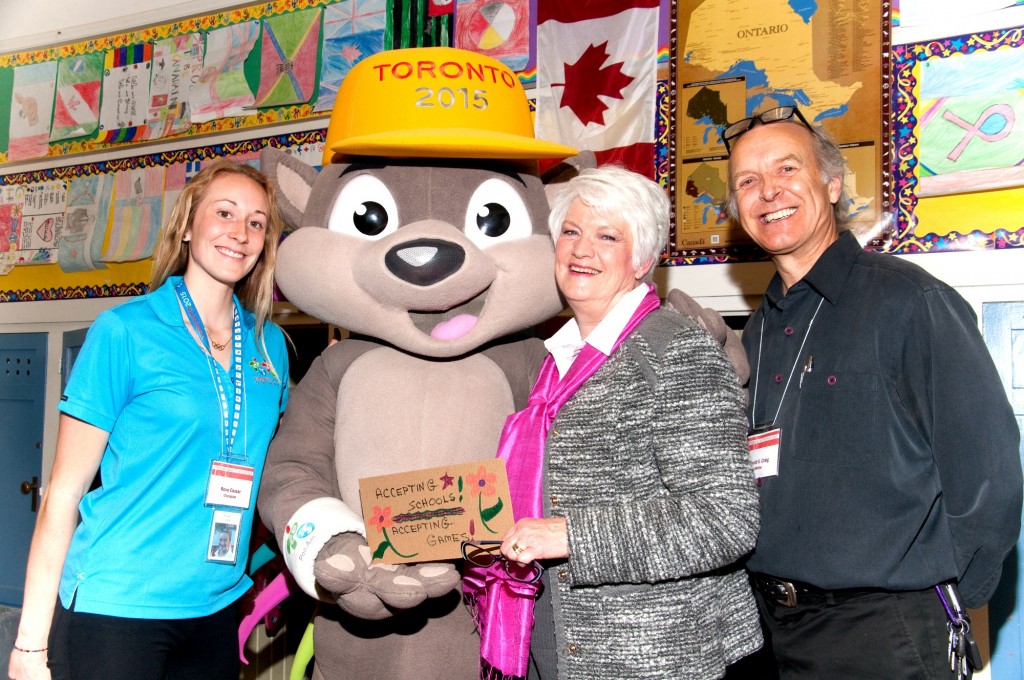 PrideHouse Toronto launched an educational outreach programme titled “The PrideHouse That Kids Built” in elementary schools across the Province of Ontario today as they attempt to promote inclusion in sport ahead of this year’s Pan American and Parapan Games in the city.

The project was developed by PrideHouse Toronto in partnership with the Elementary Teachers’ Federation of Ontario and features nine short stories which aim to spark discussion surrounding the inclusion of people of different ethnicities and cultures, disabilities and the lesbian, gay, bisexual, transgender and queer (LGBTQ) community.

The Province of Ontario’s (Canada) Minister for Education Liz Sandals was joined by TO2015 mascot Pachi and Olympian Rosie Cossar to launch the initiative at Rose Avenue Junior Public School on The Day of Pink, an annual Canadian anti-bullying day.

Cossar, who competed for Canada in rhythmic gymnastics at the London 2012 Olympics, came out as a lesbian in last December and has been a strong advocate of achieving greater inclusion ahead of the Pan American and Parapan Games.

She joined elementary students in a story-telling session before participating in the second part of the project in which cardboard “bricks” or panels are be decorated with messages supporting inclusion by students.

In addition to facilitating discussion and encouraging students to learn more about issues surrounding inclusion, the panels will be utilised during the Toronto 2015 Games.