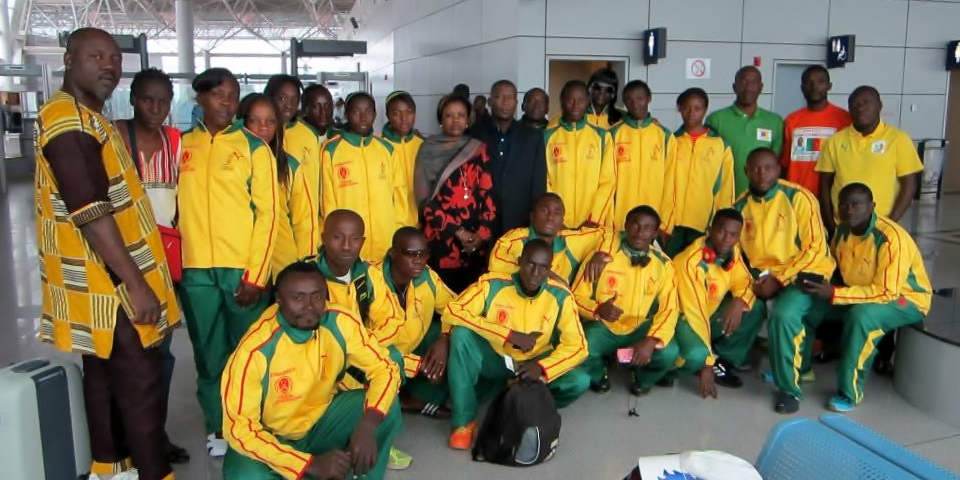 Thierry Essamba, an internationally competitive runner in the 110-meter hurdles, was suspended from the Cameroonian track squad on May 24 because of rumors about his alleged homosexuality.

Essamba, 29, has competed in both national and international track meets. He won a gold medal for Cameroon in the 2013 Central African Championships in Brazzaville, Congo, winning the 110-meter hurdles with a time of 15.92 seconds. His best time, 15.15 seconds, was recorded at Porto Novo, Benin, in June 2012.

Born in Ngounie province, in Gabon, Essamba lives Yaoundé, Cameroon. He was concurrently employed at the Ministry of Sport and Physical Education.

In recent months, insistent rumors emerged about his alleged homosexuality, largely spread by a coach at the Cameroon Athletics Federation.

Then, on May 24, Michel Nkolo, the federation’s national technical director, announced that Essamba was ejected from the team. The announcement was made at the sidelines of a track meet in Yaoundé while Essamba stood in front of more than 1,000 people, including federation officials and athletes from across the country. The announcement inflicted “the shame of his life” on Thierry Essamba, he said.

Essamba was not only suspended from that competition but also was struck from the national track and field team and was barred from competing in any race organized by the Cameroon Athletics Federation.

Problems for Essamba began in early May, when four athletes including him were first suspected of being homosexual. The suspicions emerged at training session when onlookers yelled “faggot” from the bleachers while Essamba’s coach criticized his lack of concentration during training.

Essamba said he didn’t understand the hatred that the coach began displaying toward him. The coach informed federation officials that the parents of one of the youngest athletes had allegedly complained to him that Essamba was luring their son into homosexuality. The young athlete told his parents that the allegation was untrue.

Despite the alleged involvement of other athletes and the denial of the allegation against Essamba, Nkolo imposed sanctions on Essamba, and only on him.

In a recent interview, Nkolo demonstrated his repugnance of sex between people of the same sex.

For some months, Nkolo said he had been seeking to repress intolerable conduct among athletes in Cameroon, where, he says, he has a duty to cultivate a “flawless morality among the athletes.”

Athletes who engage in homosexual practices are one focus of his attention, he said, but also:
Athletes who use performance-enhancing drugs;
Managers who have liaisons with athletes;
Coaches who take a cut of athletes’ bonuses.

In the past, Nkolo knew, such behavior, including affairs between managers and athletes, has existed, but was always tolerated by the federation.

How then to understand his hard line towards homosexuality, including alleged homosexuality? Why pick on one person?

Nkolo said in the interview that, as an African, he cannot tolerate homosexuality. He said that Essamba alone was sanctioned — and not the other three athletes — because he believed Essamba was the instigator, the one who lured the youngsters.

That is not what the athletes said. Two of the three other accused athletes agreed to be interviewed and each denied the accusations. Instead, they insisted that they had a friendly, healthy relationship with Essamba.

But Nkolo said that federation officials fully support his decision. He also said that Leonie Etong, vice-president of the federation, had discussed the homosexuality rumor with him.

In an interview, Etong acknowledged that she questioned Nkolo about the rumors of homosexuality to find out what was going on.

But she said she had no knowledge of the sanctions against Essamba.

Did Nkolo go too far? He states that he conducted an investigation after learned about the situation. The investigation has included contacts with police and the office of the Secretary of State for Defense. The goal is to expose all homosexual athletes in Cameroon. Nkolo said that the investigation is still continuing and that, as a result, other heads will roll.

Most officials in the Cameroon Athletics Federation have remained silent about the sanctions imposed on Essamba. But Nkolo said he has the full support of the president of the federation.
Punishment without proof

Is punishment on the basis of suspicions a worthwhile image for Cameroon’s athletic teams to present to the world?

Even if Essamba were gay, is there any regulation that would justify his expulsion from competition? None could be found in the International Athletics Regulations governing the Cameroonian track and field team.
Essamba deserves better treatment. International athletic authorities should intervene on his behalf rather than allow his stellar 16-year career to be cut short on the basis of rumors?

Some days ago, Essamba called the author late at night to express his deep distress. He had just learned that his teammates had gone into training without him in preparation for an upcoming competition.
Because of his mistreatment, Essamba is now plunged into depression.

Homophobia excludes him from the Commonwealth Games

Because of his supervisor’s homophobia, Essamba is denied the privilege of participating at the upcoming Commonwealth Games in Glasgow, Scotland in July. Teams competing there represent 41 of the 53 Commonwealth nations that criminalize homosexuality, including Cameroon.

The Scottish Government announced that a Pride House will be created in Glasgow to host gay, lesbian, bisexual and transgender athletes and visitors at the Commonwealth Games. The organizers hope that Pride House will help to fight homophobia in sport.

But for Thierry Essamba, it will be too late.

Image via Denis Leblanc in 76crimes.com, an important story about an athlete (see Thierry Essamba’s IAAF profile here) excluded from the Commonwealth Games due to rumors of homosexuality. What will the Commonwealth Games Federation do now that there seems to be a case of homophobic discrimination affecting their event? 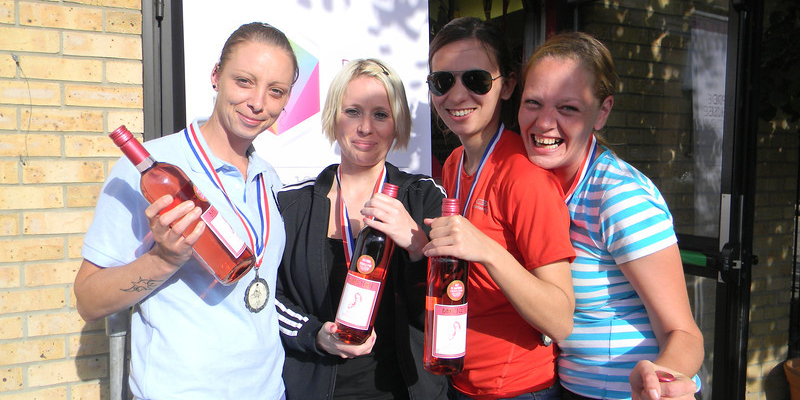 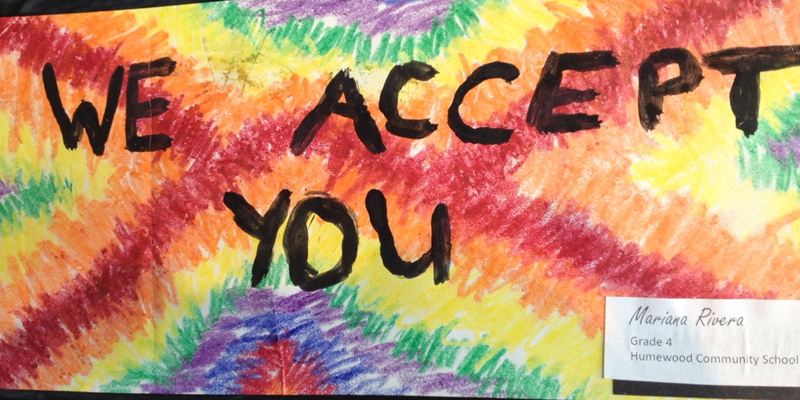 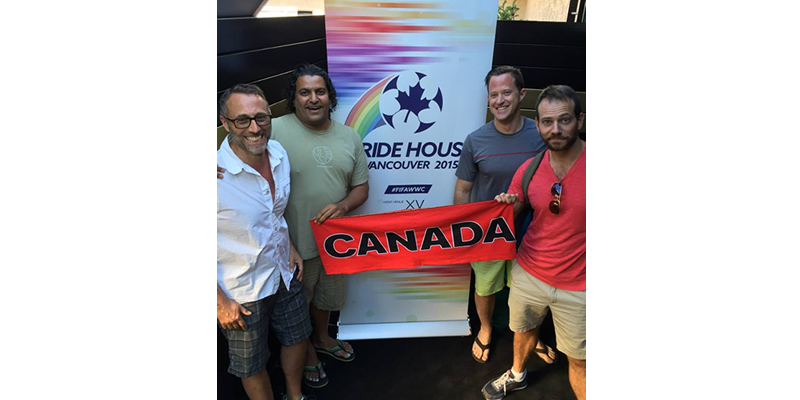 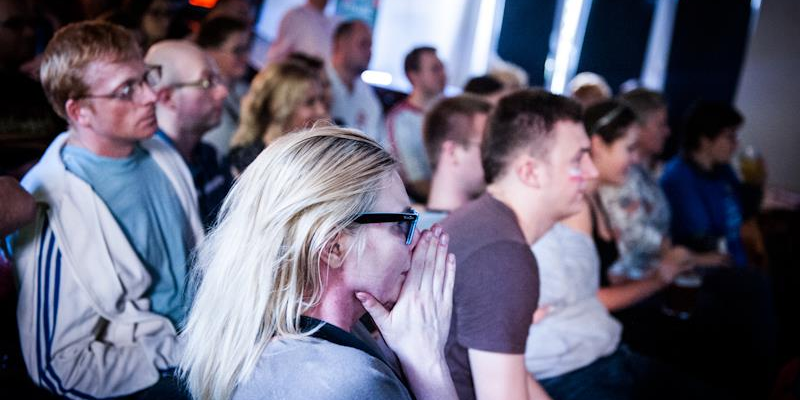 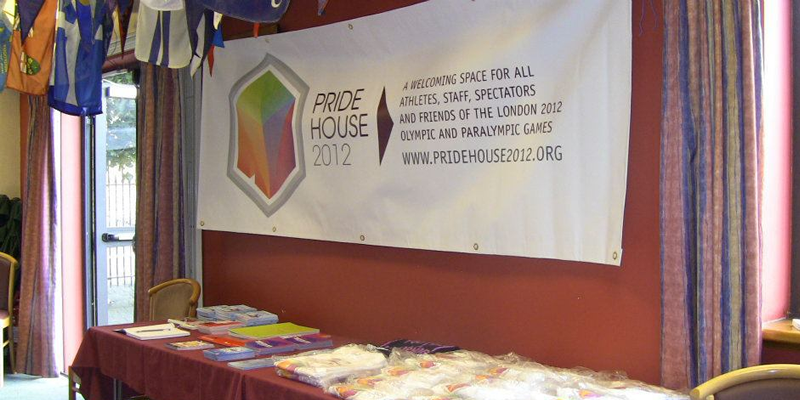 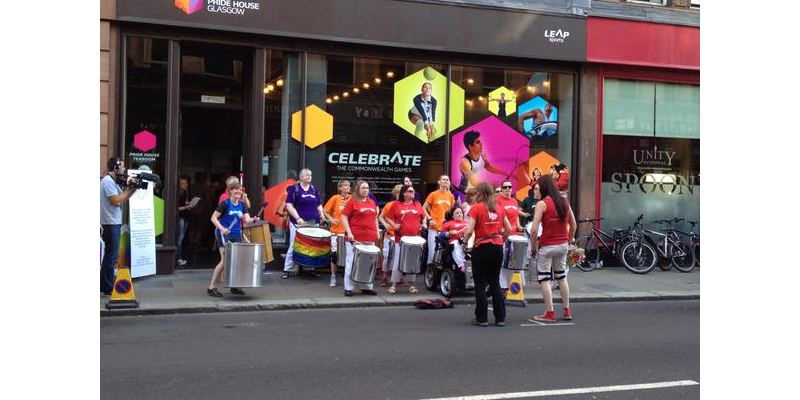 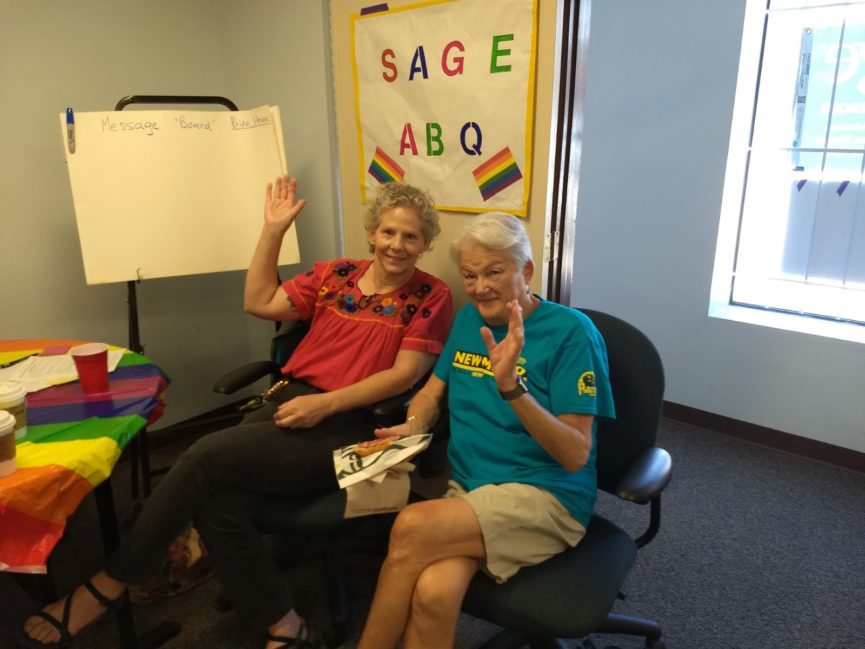